(RNS) — A young couple sit in front of a webcam trading commentary. Today’s subject: their feelings on a particular set of conservative Christian influencers. Together, Jennifer Sutphin and James Bryant chronicle their concerns about an internet popular Christian couple, Paul and Morgan Olliges, who could very well be described as Sutphin and Bryant’s inverted mirror.

While both couples foster a devoted online following via longform YouTube content, they represent wildly divergent values and lifestyle. The Olliges, young and preppy, subscribe to a literal interpretation of biblical gender roles. Sutphin (she/they) and Bryant (he/they) maintain fluid ideas of gender identity. The Olliges underscore evangelical tradition, Sutphin and Bryant are asking: What happens outside, and after, a life of religious submission?

The comparisons are stark, and judging from the video’s comment section, well taken. As one commenter puts it, “you and James play off each other so well.” The comment received 2,300 likes.

“We wanted to show a good relationship,” Sutphin and Bryant responded in a follow-up comment, alongside two laughing emojis. 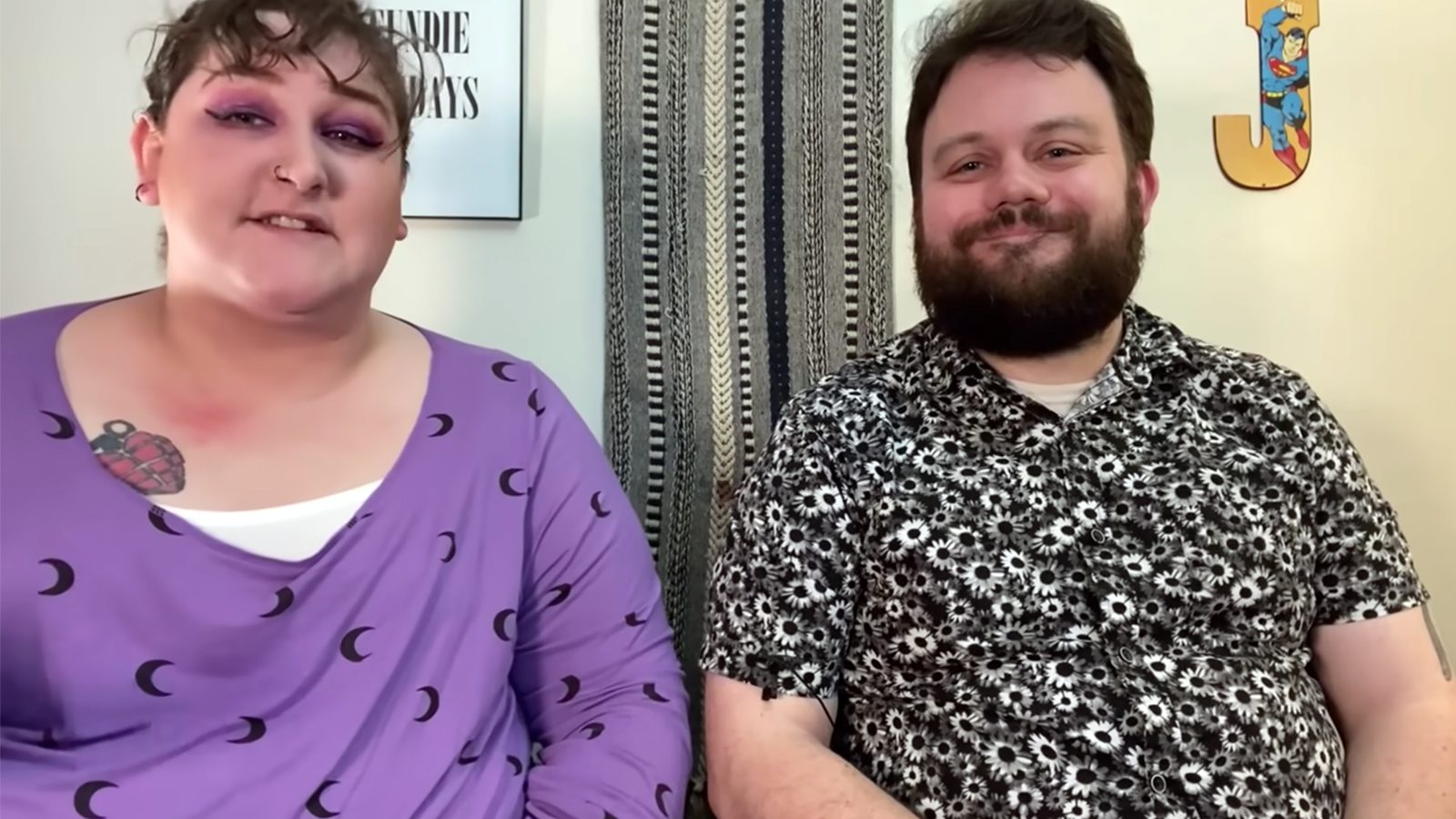 Their channel, Fundie Fridays, is validating to some, bewildering to others, evocative always. Each of the channel’s 90 videos functions as an installment from the reigning rulers of Reddit’s r/fundiesnark’s video counterpart. R/fundiesnark, a subreddit with at least 75,000 users, is a forum for those aggrieved by fundamentalist Christianity. As the name implies, the discussions bend toward humor, albeit with an often caustic tone.

A subculture within that subculture, those who watch Fundie Fridays are the “best of the fundiesnark community,” insists Sutphin.

Friday as a new holy day

Fundie Fridays is a YouTube channel in which Sutphin, 28, sometimes with the company of their partner Bryant, 33, publishes weekly video essays — generally compilations of cuts of sermons, TV shows, Instagram Reels and other public content, with Sutphin’s sardonic commentary layered on top. Often, she gets ready in front of a mirror along the way. A trademark line starts most videos: “Here on my channel, I talk about different aspects of Christian fundamentalism, while doing my makeup.”

Since its creation in July 2019, Fundie Fridays has accumulated more than 30 million views and 280,000 subscribers — whom Sutphin affectionately refers to as “Jennonites,” a cheeky nod to Mennonites, an Anabaptist group. The religious allusions don’t stop there. Audience members sometimes call Bryant “King James,” hinting at the Scottish-English king who commissioned a new translation of the Bible in 1611. Sutphin jokes her fan base gives her a “god-complex.”

Today, Sutphin and Bryant are full-time content creators. The two are now engaged and have six pets. With the income they generate from Patreon subscribers and merchandise, they publish videos on famous Christians, ranging from internet sensations like the Olliges to reality TV darlings the Duggars and TV evangelists of old, such as Tammy Faye Baker. The channel also crosses into politics (covering conspiracy theorist and politician Marjorie Taylor Greene) and practitioners of other faiths (including Jewish conservative influencer Abby Shapiro). 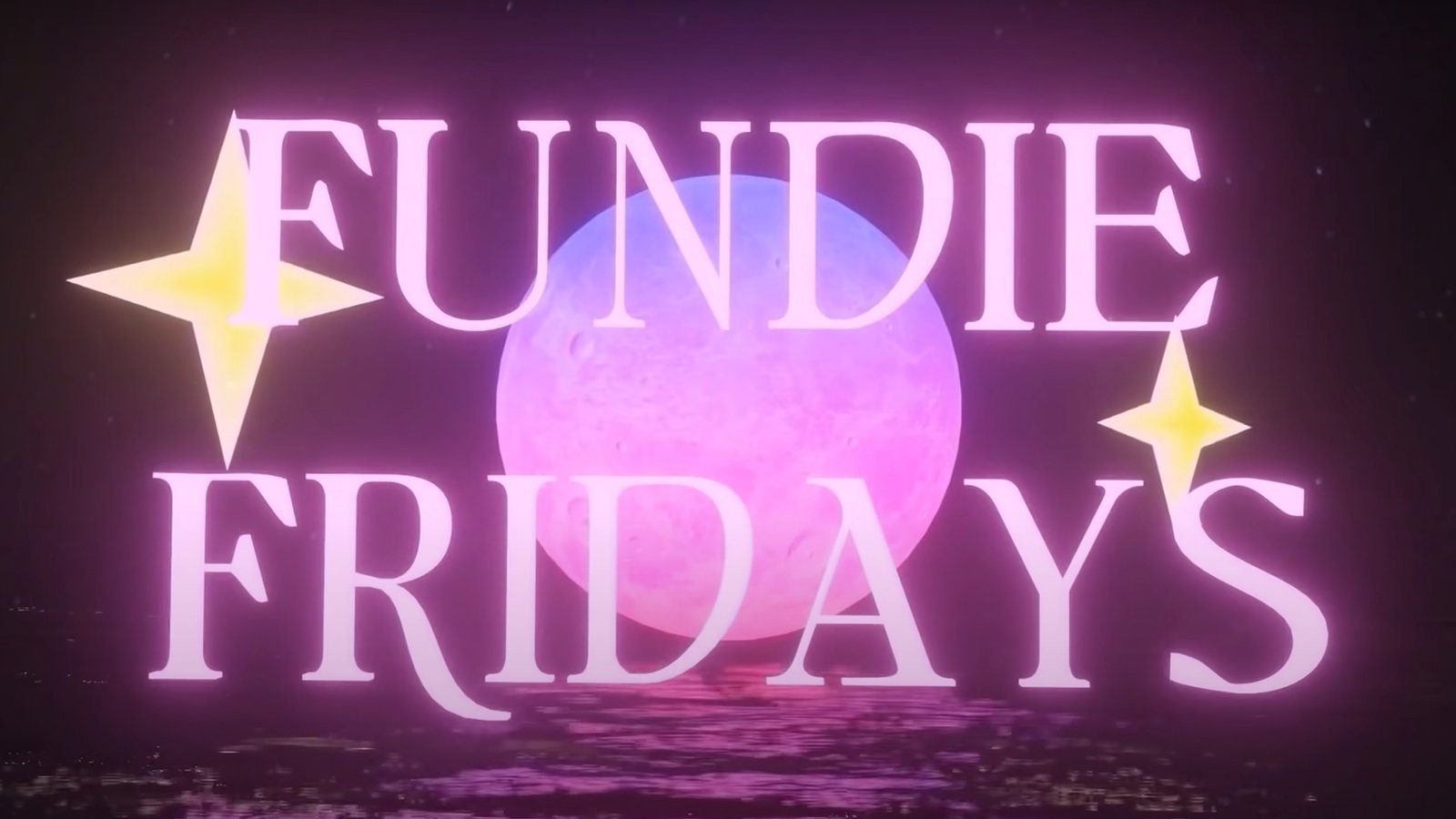 “People in our videos all have the same spirit of a fundamentalist, dogmatic zealot,” Sutphin said on Fundie Fridays’ process of vetting potential subjects. As a personal project, Sutphin has been trying to define fundamentalism for six months.

“Not to quote Clarence Thomas, but I’m unsure how to define fundamentalism, however, I know it when I see it,” Bryant said.

The context of computational coping

The pairing lives in Mid-Missouri, a state with intersecting sensibilities from the Midwest and South, securely cinched by the Bible Belt. Over three-quarters of Missouri’s population identifies as Christian, according to Pew Research. Despite the homogeneous religiosity of their surrounding communities, the two were not raised in a religion. But, thanks to the pair’s peripheral contact with conservative zeal — both religious and political — they conducted research in their spare time on fundamentalism. “Just for fun,” said Sutphin.

Since neither of the two has a religious background, they adopt an anthropological perspective. The channel is a result of Sutphin’s tangential exposure to the faith, a fascination with fanaticism and a particularly rough “quarter-life crisis.” 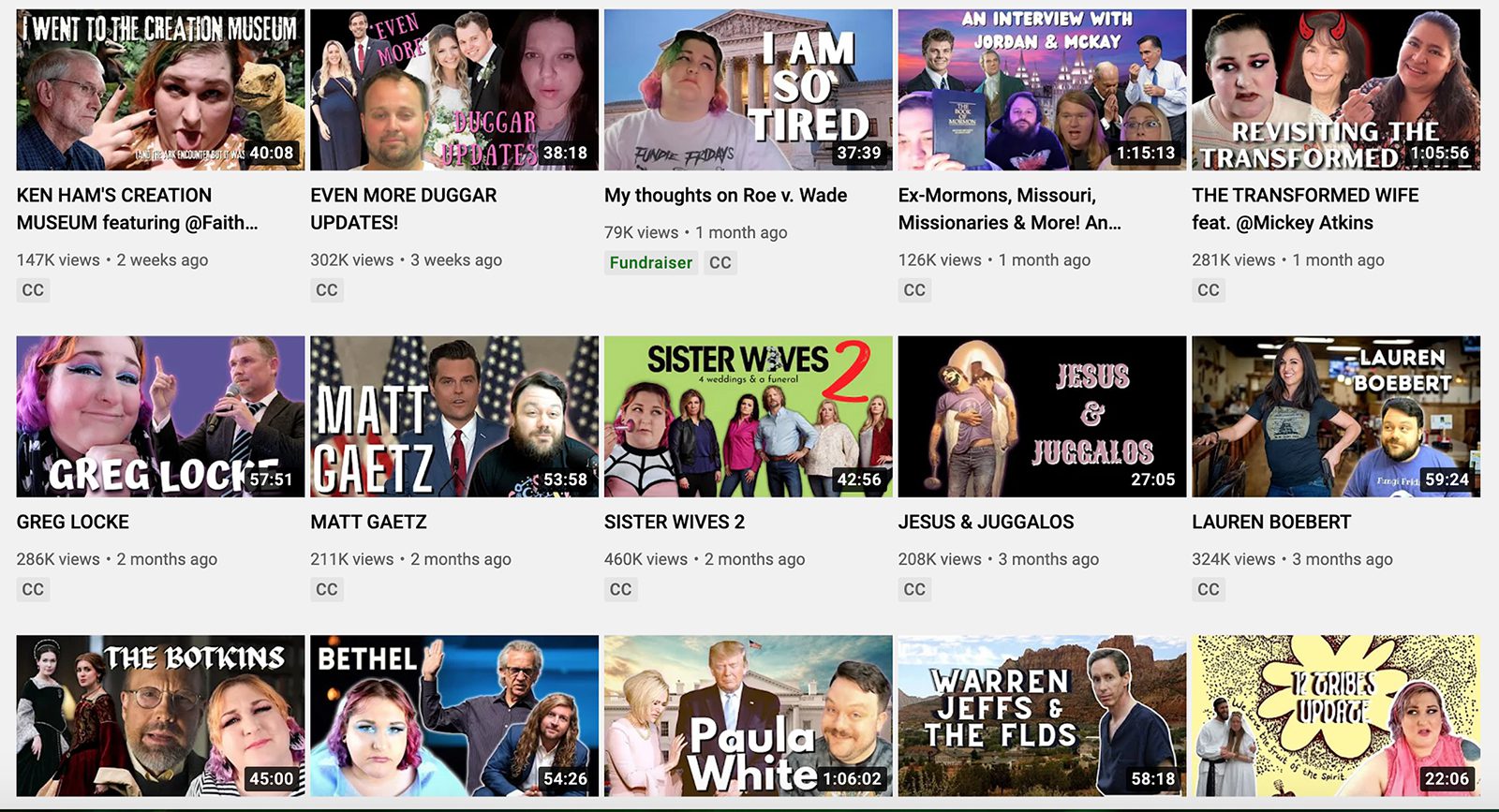 Sutphin grew up as an only child and became interested in the family dynamics of fundamentalism as seen in the TLC show “19 Kids and Counting,” chronicling the life of the very large — and very Independent Baptist — Duggar family. Sutphin originally purchased a laptop to play “Sims” at work. Instead, she learned how to edit footage. Shortly thereafter, Sutphin created the channel. Bryant has a background in social work and left his previous corporate career for Fundie Fridays at the beginning of 2022 and plans on creating his own YouTube channel.

Most recently, however, the couple is facing repercussions via lawsuit threats. Lawson Bates, a musician and one of Gil and Kelly Bates’ 19 children, known from “Bringing Up Bates,” a reality show of the same “large, religious family” genre, hit Fundie Fridays with three copyright complaints between June 18 and June 24 for creating a cover of his song in a parody. The members of the Bates family are evangelical, conservative Christians, known for their “quiverfull” ideology, an approach to family that encourages having as many children as possible.

In response to Bates’ copyright strikes against the channel, YouTube blocked Fundie Fridays from posting and the channel remains on hold, awaiting final review of Fundie Fridays’ counter notifications. 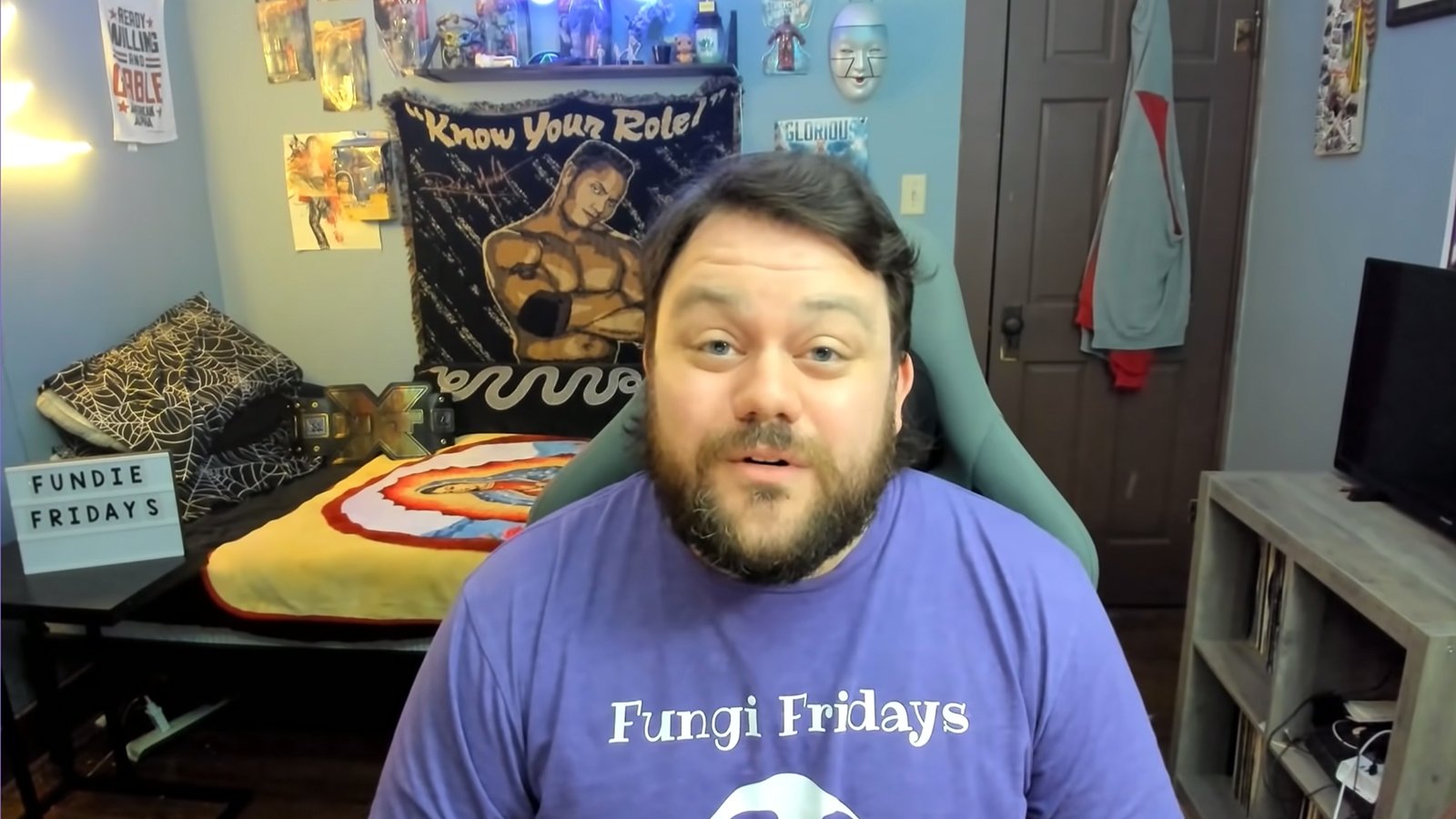 But Sutphin and Bryant aren’t nervous, saying that their video falls under fair use. Additionally, their fan base is steadfast, some even emailing Bates on the couple’s behalf, voicing their frustration over the channel’s suspension.

“We cannot stop our people from voicing their displeasure with something that is clearly an abuse,” said Sutphin. As of Monday (June 27), the couple was waiting to hear about the next steps in the legal process.

One subscriber, Emily Walters, a 24-year-old hairdresser in Minneapolis, started watching Fundie Fridays a year ago. Walters said she enjoys the parasocial relationship innate in Sutphin’s conversational style. Walters grew up living with her maternal grandparents, who were “intensely Roman Catholic.”

“It probably has something to do with growing up in a religious family and then becoming a nonreligious person as an adult, but watching helps me with empathy and perspective,” Walters said. “I don’t think it (religion) was a fit for me; that primarily has to do with the fact that I’m a woman and we usually get the short end of the stick when it comes to religious structure.”

Another fan, Emily Garcia Lopez, a master’s student in Germany, said the content makes her feel seen. Lopez, 28, said she was raised in a “fundie-lite,” nondenominational evangelical environment, which included attending anti-abortion protests at Planned Parenthood and disavowing jeans, anime and short haircuts for girls.

“Watching Jen and James pick apart aspects of fundamentalism in a lighthearted and respectful way is therapeutic for me during my faith deconstruction journey,” Lopez said. “Growing up in fundamentalism f—- with you — but Fundie Fridays is a safe place to talk about those experiences.”

“Faith deconstruction” is a term that has increasingly been used in exvangelical circles, especially in digital spaces. Google searches for “deconstruction” have risen 140% over the past year, according to Google Trends. 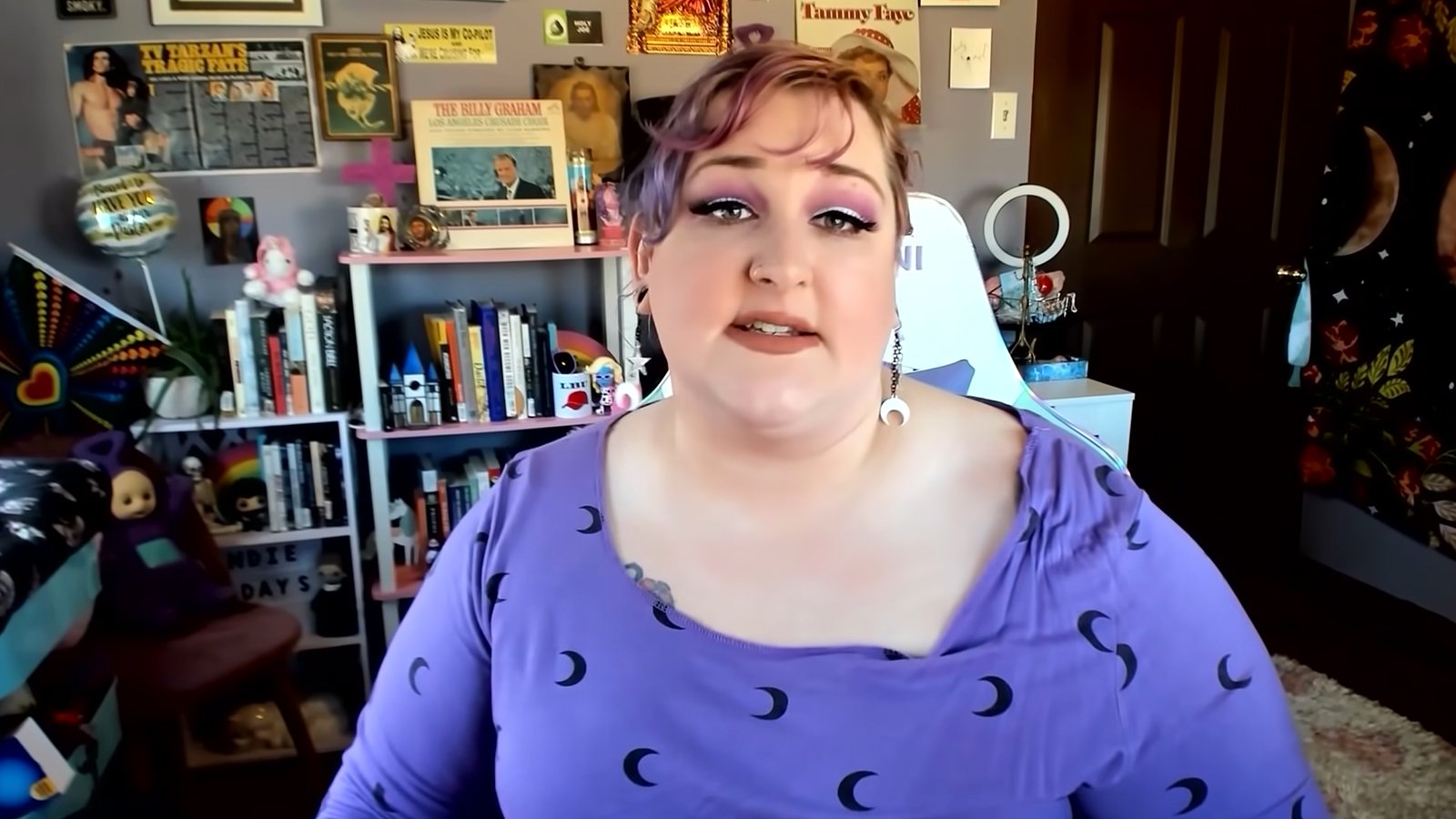 For members of the newest generation, digital deconstruction is rethinking what they’ve been told about God, the Bible and what it means to be a follower of faith. Though the practice sounds inherently serious, digital deconstruction can take many tones. Sutphin said utilizing humor can be effective in moving on from religious damage.

“Digital deconstruction can mean using TikTok to say, ‘Look how mean I used to be to gay people, it’s funny because I’m gay now,’” Sutphin said.

Except for making fun of fundamentalists’ hair, most fundiesnark conversations center on reconciliation and well-being. Though people may start their deconstruction journey ashamed of who they used to be and what they used to believe, forgiveness is a key facet of this digital community, Bryant said. Fundie Fridays is one channel in the larger context of fundiesnark. The fundiesnark community is a “full-blown movement,” Sutphin added.

“I’m not one of those people who’s like, ‘Trauma makes you stronger,’ but now that it’s happened, what can we do with it?” Bryant said. “Whoever you were in your past life as an evangelical, that shame dies when you deconstruct the trauma.”

“Irony!” Sutphin said. “It’s like when you become a Christian, you die to your old self. But now, it’s the other way around.”

RELATED: Deconstructing? There’s a coach for that.