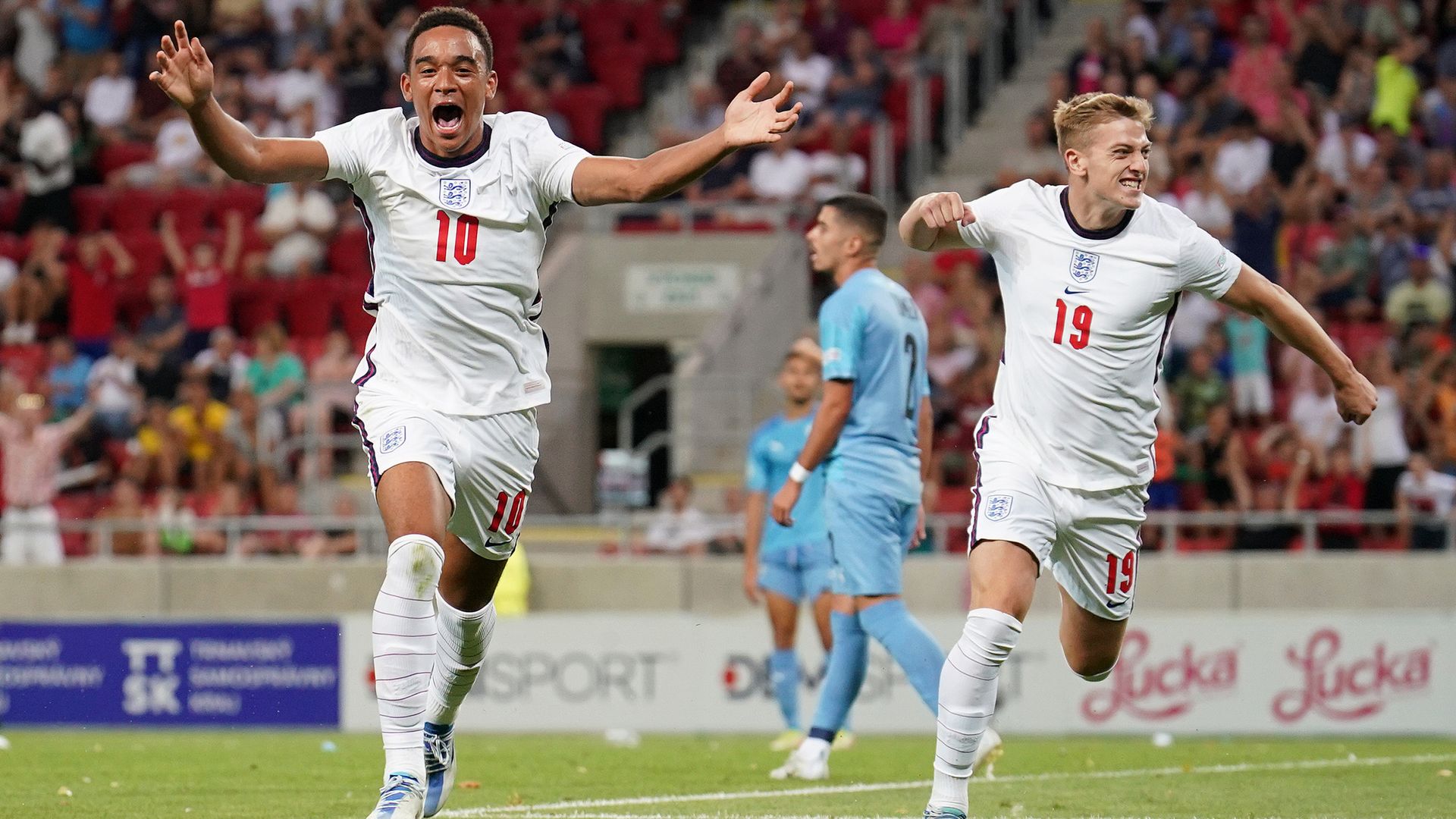 The Young Lions roared back after a poor first half which saw them fall behind to Israel midfielder Oscar Gloukh’s brilliant solo strike (40).

But Callum Doyle (52) equalised for England in the second half before extra-time goals from Carney Chukwuemeka (108) and Aaron Ramsey (116) ensured it was Ian Foster’s side’s name on the trophy.

With the 2020 and 2021 editions of the tournament cancelled due to the Covid-19 pandemic, England have now won two of the previous four competitions after last tasting success in 2017.

England were heavy favourites heading into the final at Trnava’s Anton Malatinsky Stadium having already beaten Israel 1-0 in the group stage of the tournament.

But it was their opponents who deservedly led at half-time and could have been further in front had it not been for some resilient defending.

The Young Lions struggled to cope with Israel midfielder Gloukh for large periods and it was the 18-year-old who put his team ahead with a fantastic individual finish five minutes before the interval.

The teenager collected a pass inside the box and despite being surrounded by white shirts produced an exquisite piece of skill to lose his marker before firing a blistering strike past England goalkeeper Matthew Cox.

Israel dominated for large periods but England could have equalised in first-half stoppage time with their sole shot on target.

Israel No 1 Tomer Tzarfati fumbled a cross to allow Tottenham forward Dane Scarlett to spin and shoot, but the goalkeeper redeemed himself to keep it out.

Israel U19 head coach Ofir Haim named an unchanged starting XI following his side’s 2-1 victory over France in the semi-finals.

Attacking midfielder Oscar Gloukh started in the No 10 role once again, with forward Ahmad Ebraheim leading the line.

England boss Foster’s words at the break appeared to inspire his players and it wasn’t long before they got themselves back into the final.

Borussia Dortmund’s Jamie Bynoe-Gittens forced a corner when his fierce shot was turned behind at the near post by Tzarfati. Alfie Devine’s whipped cross was headed back across goal by Jarell Quansah, and Doyle turned the ball home at the far post.

Chukwuemeka could have won it in normal time but his long-range effort bounced back off the post with Tzarfati beaten, while Israel also had their chances with the impressive Gloukh at the centre of the majority of their attacks.

But it was England who looked fitter and stronger as the game headed into extra-time and their persistence paid off as the final looked to be heading for a penalty shootout.

Captain Harvey Vale’s wicket left-footed cross from out wide found Chukwuemeka to put England ahead before Ramsey put the result beyond doubt when he tapped in following some good work from Liam Delap.

Gyanvapi Mosque Row: What Lies Where Explained In 3D Graphics

Gyanvapi Mosque Row: What Lies Where Explained In 3D Graphics