Liam Smith has signed a new deal with promoter BOXXER, with his fights to be screened live and exclusively on Sky Sports.

Smith, the former WBO World Super Welterweight Champion, has forged a formidable reputation and is now on the cusp of challenging for his second World title under the BOXXER banner and live on Sky Sports.

“I’m delighted to put pen to paper with Boxxer,” said Smith. “I had a lot of offers but I’m glad to finally get this across the line and be back on Sky Sports. Boxxer are doing great things in the sport and making big waves and I’m happy to be part of that.

“Some of the big fights and names have excited me and I’m really looking forward to the next twelve months with my next fight to be announced shortly. I can’t wait to get back out there and challenge for a world title at 154 pounds and get everyone talking about me again.”

We take a look back at some of Liam Smith’s outstanding fights.

In a career spanning almost 14-years, Smith (31-3-1, 18 KOs) cleaned up the 154lb division winning British, Commonwealth, WBA Continental and WBO Intercontinental titles before capturing the WBO World title in 2015 with a seventh-round stoppage of Apollo Thompson and making two defences of the crown.

He then faced pound-for-pound great Saúl ‘Canelo’ Álvarez in September 2016 and, despite a valiant performance that saw him get up from knockdowns in the seventh and eighth rounds, was ultimately overcome with a big body shot in the ninth.

The comeback trail saw him defeat Welsh rival Liam Williams in back-to-back fights to earn a shot at Jamie Munguia for the WBO 154 belt again, and he became the first to take the hard-hitting Mexican the full 12-round distance, just losing out on the scorecards.

On his return he defeated renowned Midlands warrior Sam Eggington in five rounds in March 2019 to win the WBC Silver belt, before suffering a points loss against Magomed Kurbanov for the WBO International title in Russia in May last year.

“You’ve never seen the best of me to a certain extent,” Smith told Sky Sports Boxing. “I feel like I’m coming to the peak of my career because I’m getting momentum. I’ve had three fights in 12 months, I’m still fit, I’m still fresh and I can still fight in September. I’ve always said with momentum I feel like you’ll get the best out of me. If you look back over my career. I probably haven’t had three fights in a 12-month period for a long time.

“It didn’t start the best way with the Russia situation but that was out of my hands. I’ve had two good nights beating Fowler, beating Vargas and, like I said, I feel like I’m getting better and better now. I’m coming into a good part of my career and I know I’m 33 and I’ve been a pro a long time. With momentum I feel I’m getting to be a better fighter.” 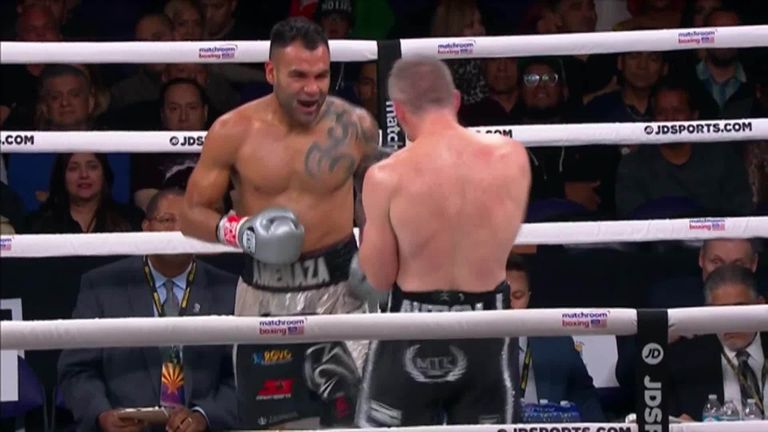 Since the loss to Kurbanov Smith has put on two of his best career displays to show that he’s firmly back on the World title hunt.

He issued a statement of intent with a brutal eighth-round stoppage of Liverpool rival Anthony Fowler in their derby blockbuster last October to win the WBA International title.

Smith then travelled to the iconic Madison Square Garden in April this year to dominate Two-Time World Champion Jessie Vargas over twelve rounds with a powerful performance to claim the WBO Intercontinental title.

Currently ranked in the top five in the world by the WBC, WBO and WBA, he is perfectly positioned to face one of the World Champions and is primed for the opportunity.

BOXXER CEO and Founder Ben Shalom said: “I’ve always held Liam in the highest regards in terms of his talent, boxing IQ and also resilience to keep coming back and I believe he’s now very close to realising his ambition of challenging for another World title.

“He’s an icon in his home city of Liverpool where he has a great following and we’re really excited to have Liam join the BOXXER stable where we have big plans for him.”

Adam Smith, Head of Boxing Development for Sky Sports, said: “Liam Smith is a great fighter, a great guy and a great signing for Boxxer and Sky Sports! We are all delighted to be working with Liam who is coming off that thrilling win over Jessie Vargas and has really big fights ahead.

“Mega matches, more world title fights and crackling action are expected for one of our most talented and experienced champions – and one of our biggest personalities! I have a soft spot for all the Smith brothers as we have virtually grown up with them. It’s brilliant having Liam and his super family support back on Sky!”