(RNS) — St. Nicholas Greek Orthodox Church and National Shrine was consecrated Monday (July 4) in New York City. The original church, founded in 1916 on nearby Cedar Street in lower Manhattan, was destroyed in the aftermath of the attacks on Sept. 11.

“The rebuilding of Saint Nicholas as a Shrine for the Nation is also an act of restoration,” said Archbishop Elpidophoros, the leader of the Greek Orthodox Church in America, in an encyclical released on Sunday.

The restoration had been stalled for many years, due to ongoing issues with funding. Since 2019, the rebuilding project has been funded and overseen by the Friends of Saint Nicholas, a nonprofit group that includes the Rev. Alexander Karloutsos, the former vicar general of the Greek archdiocese who will receive the Presidential Medal of Freedom later this week.

The Independence Day consecration service was presided over by Archbishop Elpidophoros and involved ritual processions around the church building, the placing and sealing of holy relics in the altar, and washing and anointing of the altar table itself.

Above the altar, an icon of Mary, called the Theotokos by Orthodox Christians, is depicted overlooking the city of New York.

Seating was offered both inside and outside the church to accommodate guests, who included the Greek ambassador to the U.S., according to a report in The National Herald. 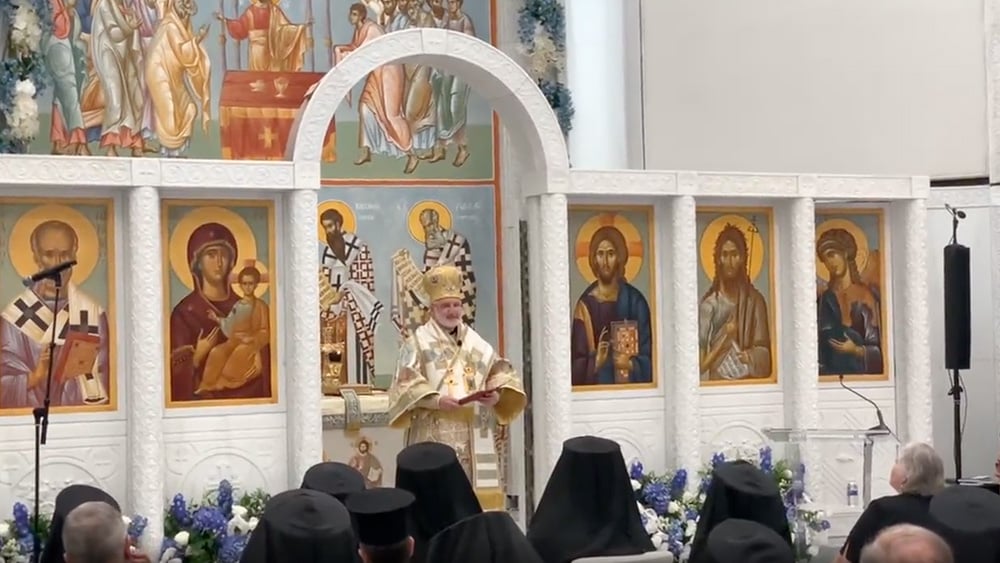 The new church was designed by Spanish architect Santiago Calatrava, who also designed the nearby World Trade Center Transportation Hub, often referred to as the Oculus. Calatrava’s designs for the church are based on notable Byzantine-era structures, including the church of Hagia Sophia, which today is a mosque in Istanbul, and the monastery church at Chora, also in Turkey.

The aim, according to an official statement from the archbishop on Sunday, is “to rebuild as both the original Greek Orthodox Church, but also as a space where a diversity of beliefs and respect for other faith traditions can be celebrated, taught and enshrined for all people.”

The consecration of the St. Nicholas church and shrine coincides with the start of the 46th biennial clergy-laity conference, a weeklong gathering in New York City of Greek Orthodox Christians from around the country, as well as the archdioceses’ centenary celebration. 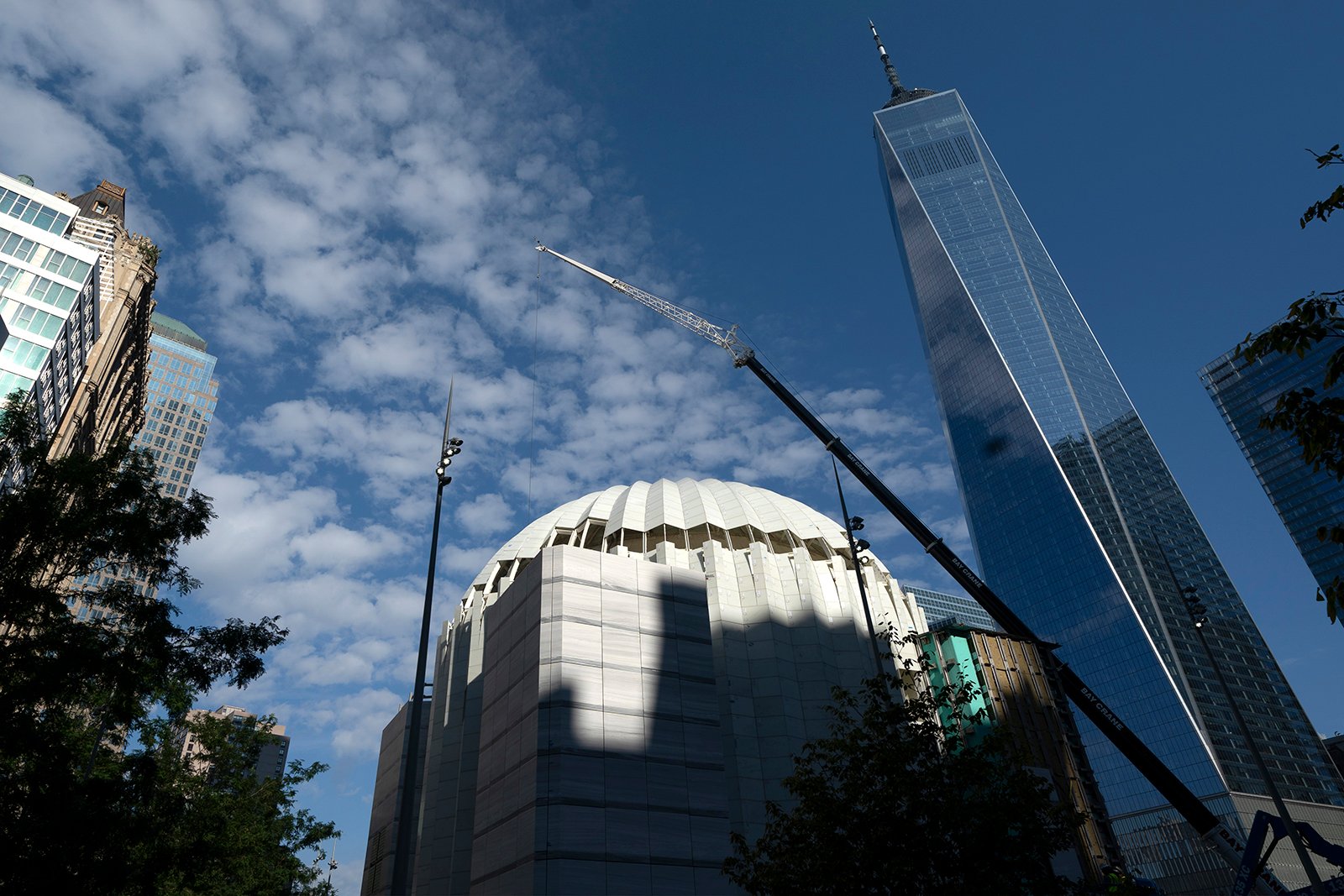