Honor confirmed it will launch a new midrange phone on Wednesday, July 13 called Honor X40i. The device will bring a dual-camera setup on the back with the two modules intersecting and forming a figure eight. 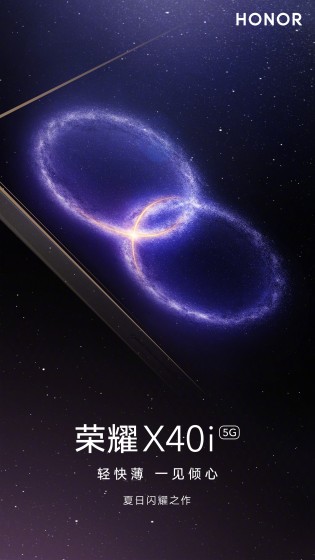 A separate video shows out the device in more detail with Rose Galaxy color though no specific detail were revealed.

Week 5 in review: The Samsung Galaxy S23 series is official

Investors Can Fight the Fed All They Want. Don’t Fight the Tape

Week 5 in review: The Samsung Galaxy S23 series is official