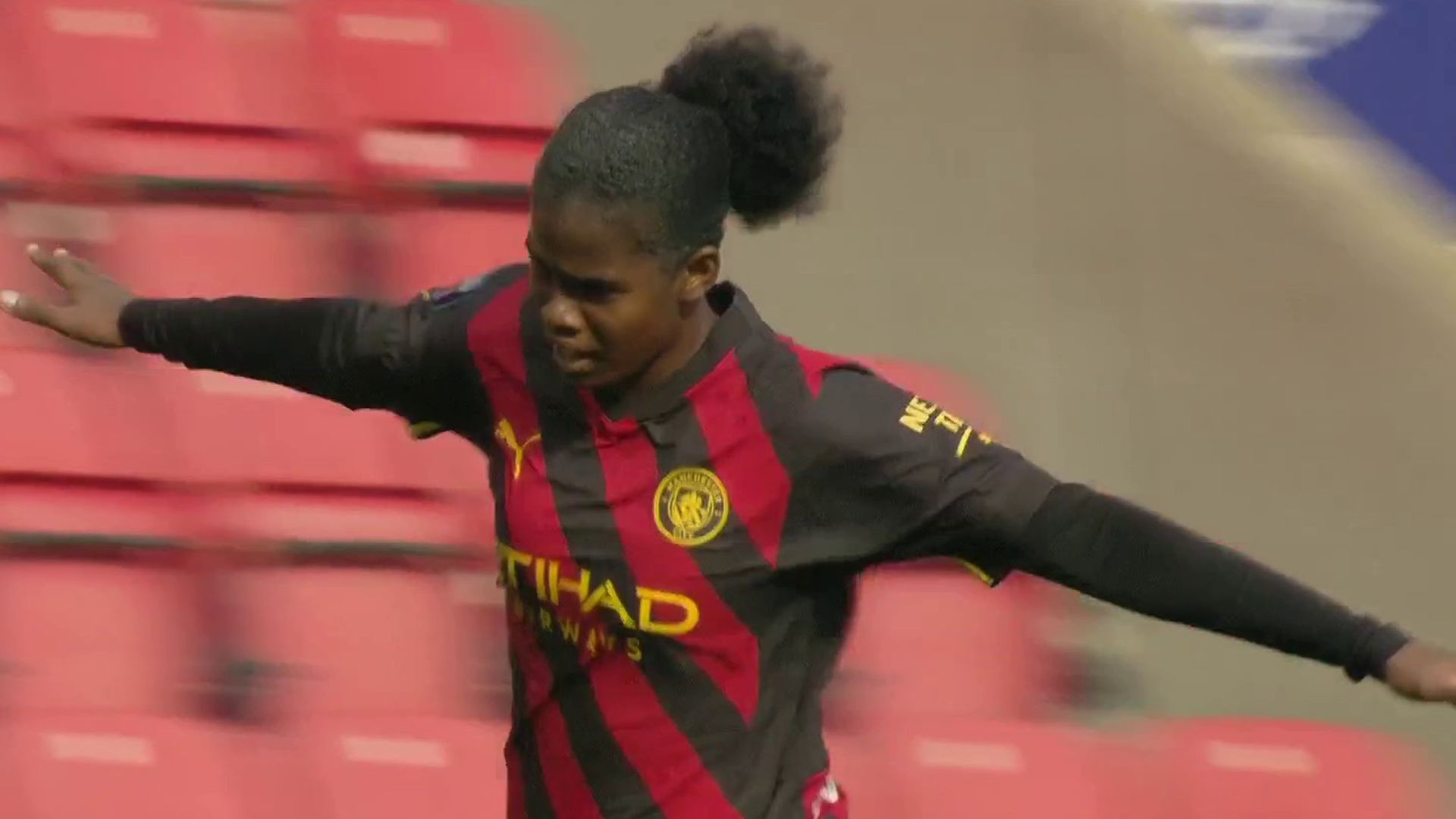 Khadija Shaw’s ruthless double and a signature Lauren Hemp strike earned Manchester City a convincing 3-0 win over Tottenham as they continued to get their Women’s Super League campaign back on course after a disappointing start.

Having begun the season with back-to-back defeats, Gareth Taylor’s side have recovered impressively to earn maximum spoils from their proceeding two encounters, seeing off both Leicester and Spurs.

Shaw, scoring her 13th goal in as many starts, made the initial breakthrough in the 42nd minute, glancing a header beyond Becky Spencer from Alex Greenwood’s pinpoint delivery, before firing an emphatic second into the bottom corner of Spencer’s net two minutes after the restart.

The forward had chances to complete her treble, but was guilty of wastefulness when teed up by the mazy run of midfielder Laura Coombs, eventually dragging her shot uncharacteristically wide of the mark.

Hemp rounded off a conmprehensive attacking display in the 76th minute, squeezing home a fierce low drive from a tight angle to put the gloss on a particularly complete away performance from rejuvenated City, who rise to sixth in the table as a result.

Inside the WSL – Hosted by award-winning broadcaster and journalist Jessica Creighton, Inside the WSL is a comprehensive round-up of all things Barclays FA Women’s Super League and women’s football. Airing weekly on Sky Sports Premier League, the half-an-hour show will review and preview matches, including in-depth analysis and exclusive player interviews. Viewers can expect gripping behind-the-scenes access as well as a summary of all the action both on and off the pitch.

Sky Sports Social – Alongside coverage and visibility for the league across all Sky Sports’ main social media channels, the bespoke Twitter channel @SkySportsWSL will continue to be the home of all Barclays FA WSL content on Sky Sports.

Sky Showcase – All Sky customers will benefit from being able to watch the opening weekend fixtures on Sky Showcase (channel 106) without a Sky Sports subscription. This channel is designed to curate some of the top shows, films and sports from across Sky’s channels.

Sky Sports digital – Follow all the latest from the WSL across SkySports.com and app, including exclusive features and interviews, plus dedicated live blog coverage and in-game clips from games live on Sky Sports. You can watch free match highlights from every WSL game this season on Sky Sports’ digital platforms and YouTube channel.

To add all the Barclays FA WSL fixtures to your calendar click here.