(RNS) — U.S. Jewish organizations have responded angrily to the vote by the Presbyterian Church (U.S.A.) declaring Israel an apartheid state, with some saying it amounted to antisemitism.

On Friday (July 8), the 1.1 million member denomination’s general assembly voted 266 – 116 on a resolution that stated “Israel’s laws, policies, and practices constitute apartheid against the Palestinian people.” It also voted to add May 15 to the church calendar as a day of mourning the displacement of Palestinians in 1948 when Israel was created. The commemoration is often called the Nakba, or catastrophe, in Palestinian communities.

The vote was the latest in a long line of deteriorating relations between traditionally liberal Protestant denominations and the U.S. Jewish establishment, but the PCUSA’s actions may be the most longstanding subject of Jewish organizations’ ire.

“Jewish Federations are not surprised by the latest antisemitic action taken by Presbyterian Church (U.S.A.) in its vote to adopt a resolution calling Israel an apartheid state,” the Jewish Federations of North America said in a statement. “There was a time when their words mattered. That time is long gone.”

The Presbyterian Church (U.S.A.)’s claims are backed by several human rights groups, including Jewish ones, and in its use of the term apartheid to refer to Israel’s occupation of the West Bank. Israeli human rights group B’Tselem published a report in January describing the Israeli government as overseeing a nondemocratic “apartheid regime.” Human Rights Watch also used the word in a 2021 report accusing Israel of “apartheid and persecution.” Amnesty International followed in February of this year, releasing a report titled “Israel’s apartheid against Palestinians: Cruel system of domination and crime against humanity.”

But the Presbyterian Church (U.S.A.)’s criticisms of Israel are part of a two-decade-old decline in relations that seems to have gained momentum of late.

In January, American Jewish organizations were outraged by comments by the Presbyterian Church’s stated clerk, or chief executive, when he described Israeli policies toward Palestinians as “enslavement.”

RELATED: Top Presbyterian executive calls on US Jews to end ‘enslavement’ of Palestinians

In his reflection on Martin Luther King Jr. Day (Jan. 17), Stated Clerk Herbert Nelson II said, “The continued occupation in Palestine/Israel is 21st-century slavery and should be abolished immediately.”

In 2014, the denomination voted to divest from three companies that it says supply Israel with equipment used in the occupation of Palestinian territory. That same year, its Israel/Palestine Mission Network published “Zionism Unsettled,” a study guide calling Zionism — the movement undergirding the founding of Israel as a Jewish homeland — a “pathology” and “a doctrine that promotes death rather than life.” 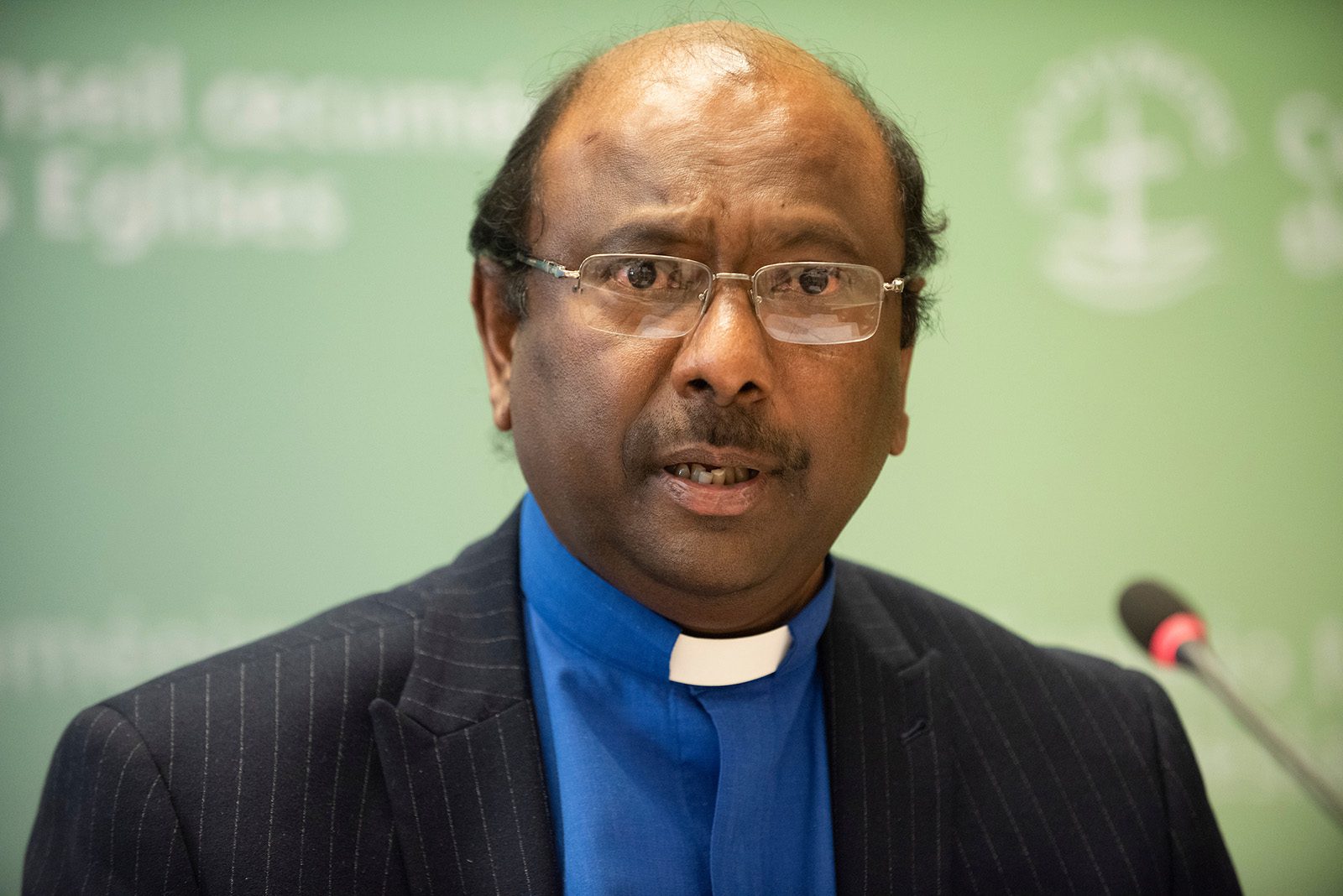 The Rev. Jerry Pillay, the new general secretary of the World Council of Churches, on June 17, 2022. Photo by Peter Williams/WCC

The recent election of the Rev. Jerry Pillay, former general secretary of the Uniting Presbyterian Church in Southern Africa, to lead the World Council of Churches beginning this fall was an immediate sore point.

Pillay published a theological paper in 2016 titled “Apartheid in the Holy Land: Theological reflections on the Israel and/or Palestine situation from a South African perspective,” which concluded that a “comparison between the Israel-Palestine conflict and the South African apartheid experience is, indeed, justifiable.”

“It’s a tragedy,” said Rabbi Noam E. Marans, director for interreligious and intergroup relations for the American Jewish Committee. “Presbyterians and Jews in the pews need and want each other in order to address the issues that are most challenging in America today. This prevents that from happening.” 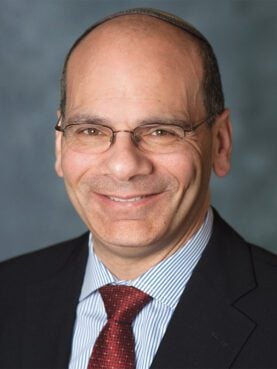 Among those challenges he cited racism, antisemitism, gun violence, immigration reform and other issues on which American Jews and Presbyterians see eye to eye.

In the U.S., views of Israeli government have taken a hit among more liberal groups. Only 51% of white non-evangelical Protestants have a very or somewhat favorable view of the Israeli government, according to a recent Pew survey, and that number drops to 43% among Black Protestants.

A new Pew Research poll finds views of Israel differ substantially across partisan lines. While 71% of Republicans have a favorable opinion of Israel, only 44% of Democrats do.

The Presbyterian Church (U.S.A.) is hardly alone among its fellow mainline Protestant denominations to take a critical stand of Israel’s 54-year occupation of Palestinian lands. Last year, the smaller United Church of Christ resolved that the continuing oppression of the Palestinian people constituted “sin in violation of the message of the biblical prophets and the Gospel.”

And last month, the New England Conference of The United Methodist Church overwhelmingly passed a resolution entitled “Identifying and Opposing Apartheid in the Holy Land.” The resolution called on the U.S. government “to condition U.S. funding to Israel upon Israel’s willingness to dismantle its apartheid system and implement all the rights due to Palestinians under international law.”

The denomination, meeting June 18 – July 9 in Louisville, Kentucky, and online, also passed resolutions to divest from five oil companies and to oppose any attempt to reduce, limit or eliminate access to abortion.

The Presbyterian Church (U.S.A.) resolution had been proposed in 2020 but because of the coronavirus pandemic was delayed.

Is ‘Jewish supremacy’ translating into anti-Christian violence in Jerusalem?